A Portrait of the Artist as a Medium 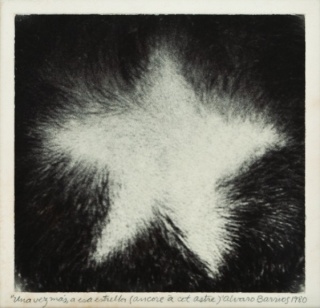 Promociones arteinformado
Descripción de la Exposición
Henrique Faria Fine Art is pleased to present A Portrait of the Artist as a Medium, Álvaro Barrios’ second solo exhibition with the gallery. The exhibition presents a selection of photographs, assemblages and hand-colored works on paper from the 1970s to today that demonstrate how his continued interest in the esoteric and the paranormal has influenced and guided his conceptual art practice. This fascination began in the 1970s when Ouija boards were first becoming available commercially and Barrios was pursuing philosophy and metaphysics in high school. After returning to Barranquilla following the conclusion of his art history studies in Italy, Barrios entered into the circle of the Spiritualist and medium, Amalia Bula. It was with the help of this woman that Barrios began to hone and strengthen his own abilities as a medium, open up communication with paranormal phenomena and incorporate his experiences into his artwork. As Pam Grossman writes ... in the exhibition text, the artist has plumbed “the depths of interior dreamscapes or communes with unseen exterior entities in order catalyze aesthetic activity intended to transform both himself and the viewer.” Barrios’ hand-drawn Tarot Cards (1979) came out of his desire to connect with magical apparatuses on a personal level. He mentions that although he purchased a generic Ouija board and deck of Tarot cards, they didn’t interest him as much as things he had made himself. Of his handmade Ouija board and Tarot cards he continues, they had to be objects “with which I felt an affinity, that [were] an extension of my own interior being.” Barrios affirms that the Tarot cards were instrumental in helping him trust his intuition and extra-sensorial capabilities. The Portrait of the Artist as a Medium (1974/2013) captures Barrios in a trance state, tapping into the energies of the universe. It was during this session that he received the message, “This is the Universe / You are a line in the Universe / You are a soul in the Universe / The Universe is a soul within you / This is the mystery.” Although Barrios never met Marcel Duchamp, his artwork and persona have provided lasting inspiration for Barrios throughout his career. Barrios had already been experimenting with the star-shaped tonsure that Duchamp was sporting in Man Ray’s 1919 photograph as a means to receive and emit divine illumination when he made his first “pilgrimage” to the Philadelphia Museum of Art, where a large collection of Duchamp’s seminal works are on view. As captured in Prayer in the Museum (1983/2013), Barrios wanders through the gallery and kneels before works including Bottlerack and Bicycle Wheel. Barrios recalls, “[My] encounter with this vast grouping of works by Duchamp moved me to the point of actually trying to contact him. […] And when I stood in front of the “great glass” [The Bride Stripped Bare By Her Bachelors, Even] I understood that I was in a cathedral. […] So then it became a true moment of prayer, a true conversation and a true spiritualist communication.” As Grossman affirms, it is Barrios’ ability to transform objects into “intimate and active vehicles for transcendence” that makes him truly a “conjuror then, casting visual spells and ushering forth new ways of viewing the world and one’s place in it.”