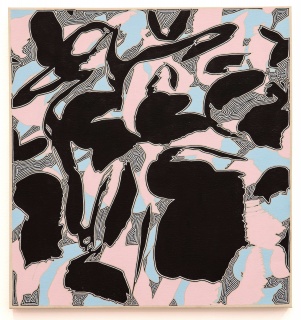 Promociones arteinformado
Descripción de la Exposición
Wohnton began with a composition drawn on muslin that I unstretched and restretched in reverse so the image would be visible through the transparent canvas and could be used as a barrier between empty space and a series of colors and shapes that create a background. I left this background incomplete however, so that this drawing was visible as shapes of blank canvas but also as lines occasionally cutting through the empty space. Wohnton is not a real word as far as I can ascertain, but the title of the first album by the German group Oval, pioneers of music made with skipping CD’s. I have named a few paintings in recent years after musical instruments. I sometimes see paintings as more analogous to the objects that make music than to the music itself. As immaterial, music is more akin to one’s experience of a painting, not the painting itself. ... The veena is a string instrument played in Indian classical music. My larger paintings aspire to the scale - the long durations - of this kind of music. Most of my paintings begin with a composition made quickly with brushes or more often palette knives. I subsequently superimpose additional compositions through the use of stencils, which allows me to position these layers both in front of or behind what is already there, weaving the parts together and putting different kinds of time into proximity. The Carpenter has only two such layers so the process is more clearly visible in this painting than in others where the build-up of forms obfuscates any sequence of steps that were taken. In titling Adder, I was thinking about the form of a snake and how its pattern is visually fractured, interrupted and distributed around a space that the animal moves through. Around 2003, a few years after moving to New York City after college, I had a vision of what to paint while listening to the steel string guitar music of Robbie Basho. My attempt to actually realize these paintings lead nowhere, like trying to write down a dream. So the revelation has just remained in my memory as paintings that I didn’t make, but which I felt like I saw while hearing this music. The more forms and procedures that go into a painting, the more likely I am to forget how I put it together. “Paint the fog” is a phrase that I thought to myself to keep track of what areas of this painting I needed to paint. I take reference photographs of the works in progress which are useful in determining which side of a line to paint on to realize an intended composition. The fog in this phrase refers to the glacine I make stencils with but I also like the evocation of the immaterial and the difficulty in painting it. N for Nest was derived from a composition drawn (or rather painted by edging) on the reverse of the canvas, but the lines are mostly visible as divisions between the colors and forms on the surface, since it is in this case entirely full. My son Arthur was born last year. The title N for Nest comes from one of his favorite books. The lines that radiate from the forms painted on Vingt (from Messiaen) are not painted as lines but are receding edges resulting from smaller and smaller layers of alternating red and white coats of paint. Lines in my works are usually edges, the result of how the painting is put together rather than a decision to draw a line somewhere on the picture. Mingeikan is the Japan Folk Craft Museum in Tokyo, which I visited a few years ago. I more recently came across a catalog of their collection at a bookstore in upstate New York where I live. Key contains most of the colors found in the other paintings in this show, so it has a secondary role as a functional but not useful object for the exhibition. -Zak Prekop, 2022 ---------------------------------- Zak Prekop (Chicago, 1979), lives and works in Red Hook, New York. He studied at Städelschule, Staatliche Hochschule für Bildende Künste in Frankfurt, Germany; School of the Art at the Art Institute of Chicago in Illinois; and School of Art at Carnegie Mellon University in Pittsburgh, Pennsylvania. Prekop’s work has been exhibited at MoMA PS1 in New York City; Walker Art Center in Minneapolis, Minnesota; Bergen Kunsthall in Norway, the Cluj Museum in Romania; the Carnegie Museum of Art in Pittsburgh, Pennsylvania; Maxwell Graham / Essex Street in New York City; Shane Campbell Gallery in Chicago; and Hagiwara Projects in Tokyo, Japan; among others. His work belongs to public collections such as the Museum of Modern Art in New York; Walker Art Center in Minneapolis; Carnegie Museum of Art in Pittsburgh and the RISD Museum in Providence, Rhode Island. Hassla Books published a book of Prekop’s work in 2018. 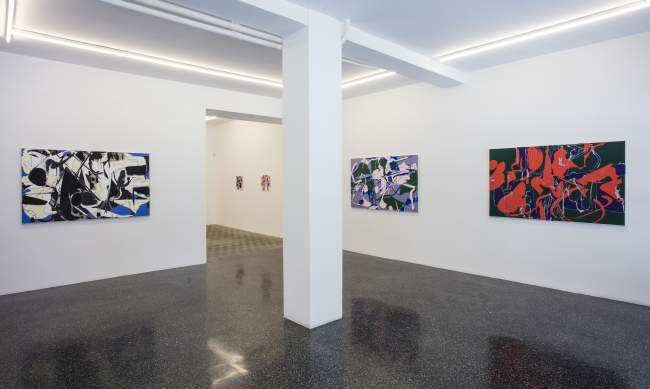