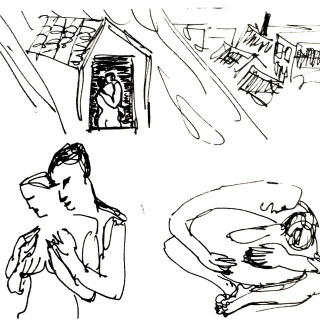 Promociones arteinformado
Descripción de la Exposición
After a one-year break, fluent is entering a new chapter, questioning what our organization can be at these uncertain times and how to adopt a renewed structure. This reconfiguration follows a three-year period of intensive research, production and sharing during which we have produced group and solo exhibitions, commissions, research groups and several onsite & offsite programmes. This break has allowed us to reflect upon the type of knowledge and forms that we feel committed to produce. This also connects to an interest developed over the years, in rehearsing ecologies of institution-making in response to different socio–natural and political structuring: What does it mean to be a small contemporary art organisation in an age of extraction, racism, financialization, invisibility, extinction, nationalism, depoliticization and violence? How can we contribute to a need for collective shift? fluent wills to morph and mutate as a constitutive principle, opening up to multiple voices and practices which ... constitute the “us”; while radicalising imagination as a means for new forms of entangled ecologies. Through this, we aim to examine the impact of forms as process of learning and unlearning, both individually and as part of collective forces. This vision articulates our reopening in a new, more public space, located within a glass pavilion. Widening up the breadth and format of our programmes, the lack of walls is a gesture preluding the desire to focus on the meanings and means of immersion, acknowledging how forms are made possible, constructed, and distributed. Attention to past and present figures that have been essential in constituting our sense of community will be a main element in our programme, as well as the structures, ecologies and processes that make them possible. A more attentive, porous and interdependent way of assembling relations and of instigating political imaginations. We look forward to welcoming you back to fluent beginning October 8, 2020 for our opening exhibition: Paulino Viota, Contactos. Advance registration is required and will be available via newsletter soon. Paulino Viota, Contactos October 8–November 15, 2020 Contactos is the first exhibition to date on the work of filmmaker, theorist and educator Paulino Viota. The exhibition contains a selection of short films admist drawings, film studies, diagrams and writings that reveal the consistency and diversity of Viota's sophisticated and complex practice. It also highlights Viota's constant dialogue with the history of the moving image and his reflection on filmic languages. After producing films between 1966 and 1984, Viota has devoted his life to research cinematic languages and is now hailed as one of the most influential filmmakers of Spain. Paulino Viota was born in Santander in 1948 and studied Economics at the University of Bilbao. He made his first short film in 1966, and until 1984 created a body of work that is rich in eccentric, subversive and expansive films. Even if outlined by the specific nature of the moving image, Viota's work is not confined by it: he also writes, draws, and articulates visual studies, and since 1982 has had a fundamental practice researching and teaching at different educational frameworks. Viota's work is a demanding one due to its sophistication and formal diversity—from formal exercises in structuralist language such as Duration (1970) to the fiction / documentary interplay that characterizes some of his films.The expansiveness beyond the limits of the screen, the ambiguous status of the moving image and the experimental character of his works are common features of the materials featured in this exhibition and of Paulino Viota's work at large. The title of the exhibition refers to the homonimous film made in 1970, which in turn was taken from Stockhausen's musical piece, Kontäkte. However this film was considered as the backbone of Viota's practice, it is absent from the show, invoked by other works that precede and follow it. The characters and contexts that Viota portrays are of a very diverse nature, crossing the geographies that he traveled, mainly between Santander and Madrid. The films included in the exhibition, in Super 8mm, 16mm and 35mm, were conceived through a series of preliminary studies, drawings and writings, some of which are shown here for the first time. The exhibition presents a selection of films that are crosslinked with numerous works on paper. The films span his entire productive years and highlight different aspects of the filmic work, both thematically and in terms of formal language. The work of Viota is inextricably linked to the politics of the time, and the exhibition also explores several discursive strategies that the artist has used along the years. Paulino Viota's work is part of the MNCARS Museo Nacional Centro de Arte Reina Sofía collection, as well as it has taken part in the programs at Filmoteca Nacional, Circulo de Bellas Artes de Madrid and Jeau de Paume.