Promociones arteinformado
Descripción de la Exposición
Artistas: Amarante Abramovici, Covadonga Barreiro, João Vasco Paiva, Sérgio Leitão, Tânia Dinis. ------------------------------------------ A letter excerpt included in Jacques Derrida's LA CARTE POSTALE (1980) is taken as a reference for the CORRESPONDENCES project. In this fragment, dated June 5 1977, Derrida writes: "What I like most about postcards is that we do not know what is in front and what is in back, here or there, near or far, Plato or Socrates, face or reverse. Nor what is more important - the image or the text or, within the text, the message, the caption or the address." Published in 1980 in France, the above mentioned text is part of the criticism operated by Jacques Derrida to Western philosophical tradition and, despite its markedly intertextual and meta-literary character, it configures a political attitude. (...) It becomes imperative to force language, break it, disfigure it, force the concepts to say something else. (...) We also consider, in ... the Derridian way, the uniqueness of the right to secret as political right: communication and its opposite, the Other and the Same, CORRESPONDENCES. At a time when everything is meant to be clear so that it can be communicable, when secrecy has no place when it is forced to yield to the totalitarianism of public space, to the excess of public confession, the possibility of incommunicability as a resistance tool will be claimed. The exhibition will be accompanied by a publication with texts by Alberto Ruiz de Samaniego, Eduarda Neves, Ernesto Neto, Fernando José Pereira, Monica Coralli and Arthur Vido, Nuno Faleiro Rodrigues. Eduarda Neves 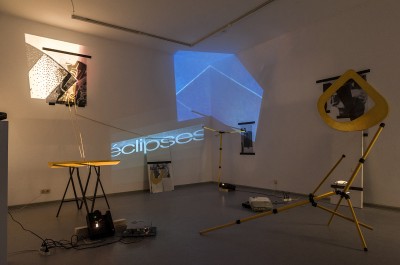