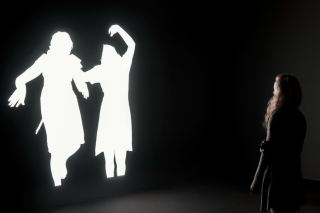 Promociones arteinformado
Descripción de la Exposición
Interested in the news media and in the way that visual signs construct consensuses and ideologies, for the last four decades Alfredo Jaar (1956), a Chilean artist residing in New York, has been investigating what he calls the politics of images. His works have shed light on the relationships of international powers and the violences associated to them in various parts of the world. To be held from August 26 through December 5, 2021, at the SESC Pompeia unit—designed by Lina Bo Bardi in the late 1970s, in São Paulo, Brazil—the exhibition Lamento das Imagens (Lament of the Images) is the first extensive presentation of Jaar’s work in this country, even though he has often participated in the Bienal de São Paulo (in the editions of 1987, 1989, 2010 and this year, 2021). Curated by Brazilian researcher Moacir dos Anjos—who also curated the 29th Bienal de São Paulo (2010)—the show in the ... SESC Pompeia’s leisure area features 12 works that assert decisive questions in the artist’s oeuvre. These artworks span from Out of Balance (1989), an installation produced on the basis of photographs of Brazilian wildcat gold miners in the late 1980s, to the more recent Roteiros, Roteiros (2021), which refers to Brazilian writer Oswald de Andrade’s (1890–1954) “Manifesto Antropófago” (1928), to comment on the country’s currently complicated political and cultural context. Alfredo Jaar produced his first artistic experiments in 1974, in response to Chile’s reality under the censorship and intense repression of Augusto Pinochet’s dictatorship. On the fateful day of September 11, 1973, Jaar was 17 years old and was beginning his studies in architecture. Having also finished his education in filmmaking, he left the country in 1982 to live in New York, and gradually began to also focus on conflicts beyond the borders of Chile as further subjects for his work. “Through the creation of images (photographs, films, transformed texts) or through intervention on many others spread (or concealed) on various platforms,” explains Moacir dos Anjos, “[Jaar] exposes and articulates, in singular aesthetic-ethical formulations, situations as diverse and borderline as those of people who suffer the devastating effects of civil war or who migrate without authorization or documents to flee from hunger, and other circumstances referred to in the works featured in this exhibition.” In The Sound of Silence (2006), for example, Jaar constructs a sort of theater for a single image: the impactful photo by South African photojournalist Kevin Carter (1960–1994) of a starving child in Sudan being observed by a vulture. In the installation, the public watches an eight-minute film that reflects on the various aspects behind an image—ranging from the limits of representation to the responsibility of photographers, spectators and those who control the circulation of these records. Images are not innocent, Jaar often says. In You do not take a photograph. You make it. (2013), he spotlights this phrase by American photographer Ansel Adams (1902–1984) precisely to reinforce their importance. Images contain conceptions of the world, they are used to sell ideas and products. And, today, they are everywhere. This is why it is necessary to learn to really perceive each of them and their contexts. In Shadows (2014), the artist once again focuses on an image of pain and suffering. This time, a photo by Dutch photojournalist Koen Wessing (1942–2011) in Nicaragua, in 1978, at the end of the Somoza dictatorship. In this installation, a sequence of other images anticipates the showing of the main powerful photograph. An interplay of light and shadows highlights the silhouette of two women flinging their arms in a choreography of mourning and agony. There is no written text, just like in the book Chili, September 1973, in which Wessing himself created a purely visual portrait of the military coup in Jaar’s birthland. In Lament of the Images (2002), which lends its name to the exhibition at SESC Pompeia, the artist reflects on the powers that control the production and circulation of images. The installation presents three short texts that introduce the political implications of the theme in various contexts, to then temporarily blind the public with a bright light shining from a large screen in a dark room—an obfuscation that serves as a metaphor of the processes for the concealing of images and the consequent need to combat this violence. “For Alfredo Jaar, there are no previously defined limits that condition what he does. Only, perhaps, the desire to be precise in his intentions and in the way he presents them to the widely diverse public he manages to reach. He is an artist who is sure of art’s power to arouse feelings, aware of the need to appeal to a gaze weary of so much that it has already seen elsewhere,” says Moacir dos Anjos. The exhibition at SESC Pompeia also features other well-known installations by the artist, including Walking on Water (1992), Geography = War (1991), One Million Points of Light (2005), Culture = Capital (2011), Other People Think (2012) and Chiaroscuro (2015). In the same period, from September 4 to December 5, it will also be possible to see, in the pavilion of the 34th Bienal de São Paulo, the emblematic work 100 Times Nguyen (1994), an installation made based on photos of a girl, in 1991, in a camp for Vietnamese refugees in Hong Kong. About SESC São Paulo SESC – Social Service of Commerce is a private, nonprofit institution created in 1946 by businesspeople in the commerce and services sector from all over Brazil. In the State of São Paulo, SESC has 42 centers providing public access to culture, education, sports, leisure, and health. SESC São Paulo’s actions are oriented by its educational aim and its efforts to boost social welfare based on a broader understanding of the term culture. At this moment, in-person visits to exhibitions at units of SESC São Paulo are only possible through prior scheduling online and in accordance with the protocols established by the local authorities for the combat of COVID-19.