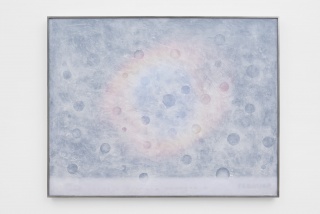 Promociones arteinformado
Descripción de la Exposición
Opening Saturday, January 22th 2022, Galeria Jaqueline Martins Brussels will present the work of Lennart Lahuis (Netherlands, 1986). "Those hours that have lost their clock" will be the artist’s first solo exhibition at the gallery and will feature a selection of photography-based works that combine the idea of capturing light with the perception and representation of time. The images in this exhibition are processed with two kinds of procedures that seem to be diametrically opposed to one another, one is grounded in duration, the other in material. A new series of ‘wax-works’, included in the exhibition, were made with found photographic material from frames, printing equipment and/or calendars. These generic images, that automatically become redundant through the passage of time, are printed on the backboard of the frame and are subsequently covered with a layer of wax and paper on glass that is placed in front of the image. This specific ... material gesture suspends the immediate intelligibility of the images on view. They are frozen in a moment between appearance and disappearance, between absence and presence. The sculptural object in the exhibition, on the other hand, is an astronomical clock that connects contemporary images with the course of the planets in our solar system. The images that are shown in relation to this clock are cut in four concentric circles and contain marks that make it possible to use them as functional dials from which astronomical information can be read when mounted on the mechanism. The astronomical clock led to the development of a series of dials - two of these dials, that are on view in the exhibition, represent details from the strongest digital imaging sensor for astronomical purposes that has ever been developed. This sensor will find its home in the yet to be build Vera C. Rubin telescope on the Cerro Pachón ridge in North-Central Chile. This ‘camera’ will capture the largest and most detailed images of deep space ever recorded. The title of the exhibition, Those hours that have lost their clock, comes from a quote that is attributed to the 20th century Chilean poet Vicente Huidobro and has recently been used on several occasions to refer to nostalgia and melancholy in relation to contemporary society. Although it is not very clear if these words really do come from Huidobro, the sentence floats around in the information atmosphere as a detached signifier that is being used for different purposes in different contexts, each time slowly releasing itself more and more from its origin and author. This sentence found its way in the fourth dial for the astronomical clock, in which they are transformed into light dots that are reminiscent of a starry sky. The words, supposedly from a Chilean poet, are brought together with reproductions of imaging technology that will be brought to Chile to observe the skies. And in this context the quote itself can be interpreted to poetically represent the attempt to capture the universe in which looking up means looking back (in time), trying to find those hours that have lost their clock. Lennart Lahuis Hengelo, Netherlands, 1986 Lives and works in Brussels, Belgium Through a wide variety of materials and techniques Lennart Lahuis subjects texts and photographic imagery to natural phenomena such as melting, combustion, evaporation and erosion. In each series the artist combines material processes that are used in graphic reproduction techniques with scientific disciplines such as earth-sciences, astronomy and restoration. These disciplines are traditionally employed to produce or preserve knowledge, but in Lahuis’ work they become part of objects and installations that explore the boundaries of intelligibility, the material conditions for legibility and the potential of disappearance through material decay and fragmentation. Lennart Lahuis received his BFA from Artez Institute of the Arts in Zwolle (Netherlands). From 2011 to 2013 he was a resident at De Ateliers in Amsterdam. Recent solo exhibitions include Constant Escapement at the Fries Museum in Leeuwarden; Land Slides at the National Museum of Ceramics Princessehof in Leeuwarden and Le Mal du Pays at Dürst Britt & Mayhew Gallery (Amsterdam, Netherlands). Recent group exhibitions include In the Age of Post-Drought at CID Grand-Hornu (Boussu, Belgium), Nabeeld at PARK Tilburg, Netherlands), Common Ground at AKZO Nobel Art Foundation in Amsterdam and On Paper at Stedelijk Museum Schiedam. In 2021 Lahuis won the FPT Sustainable Art Award in Turin, Italy and in 2015 the Royal Award for Contemporary Painting as well as the Piket Art Prize, both in the Netherlands. His work is in public and private collections, including the Fries Museum (Leeuwarden, Netherlands), the Stedelijk Museum (Schiedam, Netherlands), the Akzo Nobel Art Foundation (Amsterdam, Netherlands) and The ING Collection (Amsterdam, Netherlands). 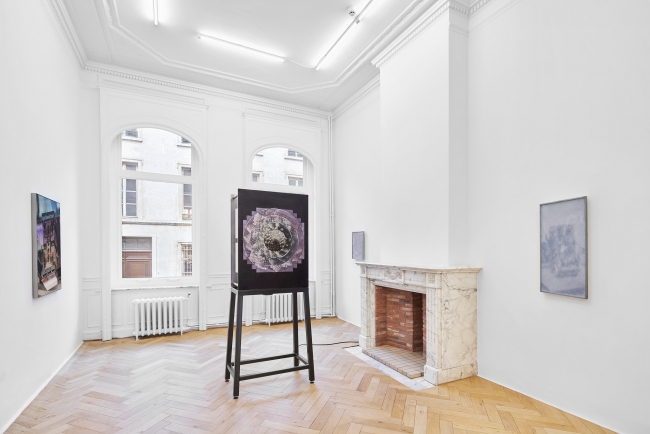