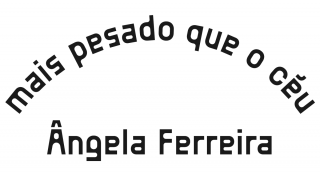 Promociones arteinformado
Descripción de la Exposición
A trip to Chile, more precisely to Punta Arenas, is the starting point for Heavier than the Sky, the exhibition that Ângela Ferreira brings to Sismógrafo. Punta Arenas, located in Chile's Southern Zone, has for several centuries been marked by the colonial, political, geopolitical, and economic tensions of a port city geographically positioned as the main point of the sea crossing between the Atlantic and Pacific Oceans. This crossing, revealed by Europeans almost 500 years ago during the circumnavigation by Fernão Magalhães and Juan Sebastián Elcano, not only allowed the discovery that the Earth is round, but also became the gateway to the colonization of Chilean and Latin American territory. Used since Chilean independence as a key city to claim Chile's sovereignty over the Strait of Magellan, Punta Arenas was marked in the first post-independence years by its character as a prison city, imposed by the central powers, and by intense ... immigration.This city is today a place of enormous tourist and expeditionary importance for access to the Antarctic Peninsula. It is precisely in this relationship with the sea and with navigation that Más Pesado Que El Cielo (viajes magallánicos) begins, an emotional diary of this trip to Punta Arenas. From this point on dry land, which is both a point of departure and arrival, Ângela Ferreira's camera shows us a docked passenger freighter, revealing, right from the start, what has been a constant in this geographical point over the last 500 years: the arrival and departure of peoples and commodities. Ângela Ferreira, born in 1958 in Maputo, Mozambique, grew up in South Africa and obtained her MFA from the Michaelis School of Fine Art, University of Cape Town. She lives and works in Lisbon, teaching Fine Art at Lisbon University, where she obtained her doctorate in 2016. Ferreira’s work is concerned with the ongoing impact of colonialism and post-colonialism on contemporary society. Her sculptural, sound and videographic homages of unexpected figures like, Carlos Cardoso, Ingrid Jonker, Jimi Hendrix, Jorge dos Santos, Diego Rivera or Miriam Makeba, Angela Davis, Forough Farrokhzad.