Promociones arteinformado
Descripción de la Exposición
In its first exhibition of the year, Bergamin & Gomide has the pleasure to present Bruno Munari: Always a new thing, by the italian artist that broke paradigms between art and design. The exhibition will feature 40 works from 1947 to 1995, including collages, engravings, drawings, paintings, sculptures, among others. Bruno Munari (1907-1998) was an artist, a graphic designer and a pedagogue. Steadily versatile and inventive, he is considered one of the greatest geniuses of the 20th Century. Much of his work is associated with pedagogical interest and the desire to expand man’s understanding of the world, through the development of new forms of visual communication. Works such as the series “Negativo Positivo” [Negative Positive] (1950-1995) will be showcased: built with vibrantly colored geometric shapes, the artist explores Gestalt principles. This series was the starting point for three-dimensional works, both kinetic and fixed sculptures, such as the “Scultura da Viaggio” [Sculptures for ... Travel] series (1989). Created for those who travel frequently – as the works can be folded - they are made of common materials such as wood, ribbon, plastic, string and cardboard, and demonstrate Munari’s continued interest in re-purpusing the art object, as presented in his “Macchina inutile sincron” [Useless synchro machine] series (1956-1970). In addition, paintings and collages from the series “Curve di Peano” [Curves of Peano] from 1995 and “Studio di design” (1947) will be presented, where he explored abstraction and spatial relations to depict in canvas and paper. Munari’s iconic series, “Forchette Parlanti” (1958), will also be displayed. In English, “Talking Forks” are made of silver and bent deliberately to distort the function of the object, inviting the spectator to an imagination exercise. In fact, his fertile imagination is always present throughout this singular artist’s trajectory, recognized for being a whimsical tireless inventor. ABOUT THE ARTIST Bruno Munari was born in 1907 in Milan, Italy, having started his career at a young age, influenced by the second generation of Italian Futurism. In 1927, he exhibited for the first time while already working as an art director and illustrator. Although Munari quickly moved away from Futurism in his early twenties, the themes (the importance of touch, senses and imagined realities) he developed during that period remained present throughout his body of work. He was one of the founders of the Concrete Art Movement (1947) in Italy, pushing his work further towards abstraction. After World War II, Munari’s practice expanded to include the product design, layouts, and above all toys and books for children, for which he is popularly known for. Munari’s books, particularly children books, emphasize his belief in arts and design’s pedagogical potential. Munari exhibited extensively throughout his lifetime, participating in major international exhibitions that include Documenta 3 and Documenta 4 in Kassel (1964-1968), and nine editions of the Venice Biennale. His work has also been exhibited at eminent institutions that include MoMA in New York, Fridericianum Museum in Kassel, and the Stedelijk Museum in Amsterdam. ABOUT THE GALLERY Created in Saao Paulo by Jones Bergamin, Galeria Bergamin was located in a house from the 1950’s designed by architect Vilanova Artigas in the Jardins district. The gallery presented important projects such as a retrospective of artist Iberê Camargo, solo exhibitions of works by Mira Schendel, Lygia Pape, Tunga and Miguel Rio Branco, as well as special projects such as the exhibition “Através”, where curator Lisette Lagnado unveiled Lygia Pape’s iconic work “Tteia” to the public for the first time - now the work in on permanent display at Inhotim). In 2013, Antonia Bergamin, the daughter of Jones Bergamin, took over as gallery director jointly with Thiago Gomide. Focusing on private sales of Brazilian and foreign artists from the postwar period, Bergamin & Gomide opened its new space on Oscar Freire Street in August 2013. Without a fixed roost, the gallery has the flexibility to work with a large number of artists and exhibitions of different themes, periods and movements. Bergamin & Gomide organizes four shows annually, both solo and group. Additionally, the gallery participates in Brazilian and international art fairs, such as the three venues of Art Basel, TEFAF NY Spring, FIAC, and SP-Arte and develops special project with prominent international galleries such as Hauser & Wirth, Gladstone Gallery and David Zwirner. 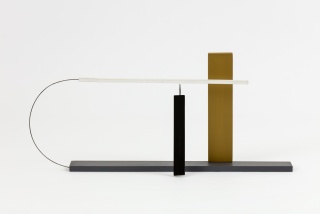 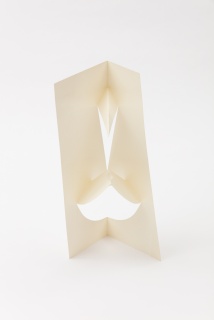