The Art of Creating 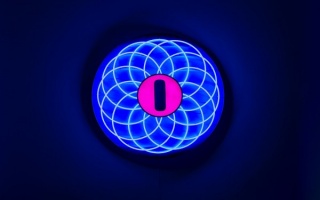 Promociones arteinformado
Descripción de la Exposición
The Art of Creating offers a fresh view on the creative process that is central to the understanding of modern and contemporary art. Creating is the most powerful way that we express ideas, solve problems, and shape our world. What we create, and how we create defines who we are, and communicates who we want to be. Creating is a way of thinking, inventing, and innovating. The power of creation is that which fulfils our needs and desires. Ernesto Cánovas’ works, which are often a composite of references to both history and popular culture, present the viewer with a fleeting moment at once familiar and unknown. This notion is made manifest in Untitled (Part I), a painting which utilises J. M. W. Turner’s atmospheric treatment of light as source material, manipulating and adapting this to make it his own. For Spanish painter Pedro Paricio it is himself and his contemporaries who come ... under close scrutiny during the creative process. In I want to feel something, I just want to feel, Paricio makes direct reference to Damien Hirst and his infamous installation, Away From the Flock which featured a sheep preserved in a tank of formaldehyde. By rendering Hirst’s sheep upon canvas, space is physically flattened but its significance remains. In doing so, the artist relays to his audience the transformative power of painting within an increasingly digitised, conceptually sensationalised contemporary art establishment. Colombian artist, Santiago Montoya, explores the act of creation and the tensions between old and new forms of art by employing innovative materials and observing the increasing obsolescence of art historical techniques. Montoya looks at the start of creation with his vivid and glowing Zephyrus, which recalls the ancient Greek god of the west wind and represents zero. Upon first glance, the physicality of Bob Dylan’s work in this exhibition appears to spring from opposite ends of the creative spectrum; the imposing wall-mounted iron work, Untitled VIII is strikingly juxtaposed with the rich painterly colouration of Train Tracks, a work on paper. For Dylan, the creative process begins in many respects from the land, in particular the people, places and produce of his home state of Minnesota in the Midwest, ‘iron ore country’, as the artist recalls Mauro Perucchetti’s Jelly Baby Family provides a monumental centrepiece for this exhibition. Appearing to glow from within, this sweet yet slightly sinister family encapsulates the artist’s major practical preoccupations, making use of Pop and Minimal aesthetics to comment upon the social and political world in which we live. At once a playful symbol of multiculturalism and unity, Jelly Baby Family is also an allegory for mass-production and consumerism in relation to individual existence. Artists: Dashi Namdakov, Ernesto Cánovas, John Bauer, Mauro Perucchetti, Pedro Paricio, Santiago Montoya, Bob Dylan, Dale Chihuly, Jagannath Panda, Lorenzo Quinn y Mitch Griffiths. 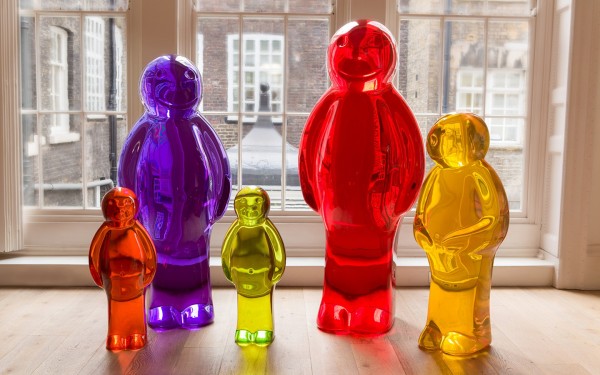