Volpi: At the crossroads of Brazilian modern art 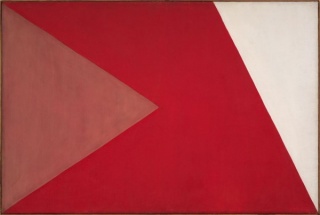 Promociones arteinformado
Descripción de la Exposición
Cecilia Brunson Projects is delighted to announce Volpi: at the crossroads of Brazilian modern art, an exhibition of paintings by Alfredo Volpi (1896 – 1988) curated by Dr Michael Asbury. The presentation is the second in the gallery’s series of specially curated shows which aim to introduce London audiences to some of the major figures of Modern and Contemporary Brazilian art, presented in association with Almeida e Dale Art Gallery, São Paulo. Although set to be a new discovery for most London audiences, Alfredo Volpi is rightly regarded as one of the most influential figures in 20th century Brazilian art. A painter whose work articulated popular themes with a sophisticated use of geometry and colour, Volpi stands at the cross-roads between the Brazilian modernismo of the 1920s and 30s and the experimental and experiential art that would emerge in the late 1950s and 60s. Few artists in Brazil have received ... such universal acclaim and recognition, demonstrated through multiple retrospectives and books devoted to his work, as well as the legion of ‘volpistas’ who followed and championed his painting during his lifetime. Volpi was considered one of the pillars of Brazilian Modernism, admired by the concrete movement and lauded by the pre-eminent critics of the day including Herbert Read and Mário Pedrosa. A self-taught artist from a humble background, Volpi was born in Lucca, Italy in 1896 but emigrated with his parents in 1898 to the place which was to become his life-long home; São Paulo, Brazil. Leaving school at 12, his early working life as both a typographer and an interior decorator gave an indication of his natural ability as an artist, as well as providing him with the means to buy his first set of watercolours. It would be entirely inaccurate to think of Volpi as a naive artist; he was certainly aware of the visual language of impressionism, pointillism and modernism, taking from each what he required to articulate the careful observations that lie at the heart of his highly original paintings. His first works as an artist - landscapes and every day scenes rendered on cardboard - date from 1914. In 1933, Volpi was to meet and form a productive working relationship with a group of fellow immigrants with whom he would long be associated; the celebrated Grupo Santa Helena which included painters Mario Zanini, Manuel Martins, Humberto Rosa and Fulvio Pennacchi. Volpi was to transcend them all, and in the late 30s began to work from memory, rather than pure observation, which for Volpi became a virtuoso process of reduction to find the very essence of his subject. Volpi’s paintings are exuberant in their use of colour and in their simplified form. He commented: ‘I always painted what I felt, my painting was gradually transforming, it started with nature, then it slowly got out, sometimes continuing, I never think about what I am doing, I think only about the problem of the line, of the shape of colour. Nothing else.’ Although Volpi has exhibited widely since his first solo exhibition in 1944 – participating in an exhibition of Brazilian art which toured the UK at venues that include the Royal Academy (1944), participating at the Venice Biennale, exhibiting frequently at the São Paulo Biennial, in addition to numerous museum exhibitions around the world – this will be Volpi’s first solo show in the UK. The exhibition at Cecilia Brunson Projects is thus a wonderful opportunity for London audiences to discover works spanning most of Volpi’s long career, as well as his distinctive use of the ancient medium of tempera, employed to remarkable effect in his popular series of ‘bandeirinhas’ (small flags) which were to become Volpi’s trademark. The exhibition will be accompanied by a fully illustrated publication in both English and Portuguese.