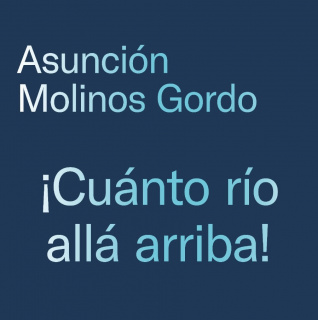 Promociones arteinformado
Descripción de la Exposición
¡Cuánto río allá arriba!, the third exhibition of Asunción Molinos Gordo at Travesía Cuatro, pays tribute to the thousands of uses and forms of water, through a sculptural set created by the sum of elements of water pottery: pitchers, jugs, canteens, basins and rhytons. These objects, which for centuries were essential in the daily life of many different human societies, today are relics that have been left in disuse and relegated to museums due to their ethnographic value, a consequence of the generalization of running water, the mechanization of agricultural work and the rural exodus. Asunción Molinos’ practice is polysemic, skilfully traveling through different languages. With this exhibition she appropriates the work with clay, one of mankind's oldest activities, through which we can intuit past customs, modes of communication as well as forms of interrelation between humans and their environment. The artist uses a sculptural code based on the gestural potential of ... assemblage, and relies on archaeology, tools she has employed in previous projects such as Dunia, Mulk, Yabarut or Description de l’Égypte. Her recent installation at IVAM in Valencia - As we used to - reproduced the layout of the irrigation system in the huerta valenciana, the fertile land surrounding the city, a work of hydraulic engineering built by peasants in medieval Moorish times. On this occasion, she proposes a ceramic collage with which she allowed herself a series of historical licenses by mixing elements of the Nasrid pottery with others from different parts of the Mediterranean without following a chronological line. All of the pieces have been produced in collaboration with three workshops in the town of Manises: Reflejo Metálico by Arturo Mora, Ana Palés, and the Domanises workshop by Juan Carlos Iñesta, who have preserved the ceramic techniques developed in the Levant, which reached their maximum refinement with the influence of the Islamic community. Most of the pieces refer to the transport, storage and consumption of water, although we also find examples of botijos de engaño or cántaros de novia, which tell us about more playful customs loaded with symbols. The latter, with their perforated cavities, go from functionality to artifice, simulating an idea of abundance quickly spilling out before our eyes. Among the different morphologies there are nods to other forms of life on Earth, such as animals, which need water to survive and whose life is not regulated by productivity or commodification. Shariah - Islamic law - reflects this in two fundamental precepts: the universal right of human beings to quench their thirst and that of their animals, and the right to water their crops. This sculptural production condenses the research undertaken by the artist around the equitable distribution of water and its importance in order to ensure social peace, something that all of the world’s rural communities understand as an indispensable resource. It is no coincidence that several of the works, supported by a metallic structure, are reminiscent of the charitable fountains - ollel - that offer drinking water to passersby in the cities of the Islamic world. In this way, Asunción accounts for the remains of an ancestral ethical system of cooperation and solidarity that have governed the planet's resources until now and which is an example of self-management in local communities, both urban and rural, who nowadays already accumulate lived experiences as a consequence of climate change. Water, considered a common good and source of life throughout the planet, and the right to its use, began trading on the Wall Street stock market in December 2020. Octavio Paz exclaimed ¡Cuánto río allá arriba! [How many rivers above!] in his poem El Cántaro Roto (1958) in which he questioned the myth of progress the rulers of his country used to disguise reality, in the same way that financial markets have created a mirage from a dystopian struggle for the privatization of the most precious resource on the planet. Asunción Molinos Gordo (b. 1979, Aranda de Duero, Burgos, Spain) is a researcher and visual artist. She has presented exhibitions at IVAM Institut Valencià d’Art Modern (Valencia, Spain); Victoria & Albert Museum (London, UK); Delfina Foundation (London, UK); MAZ Museo de Arte de Zapopan (Guadalajara, MX), among others. She won the Sharjah Biennial Prize 2015 with her project WAM (World Agriculture Museum) and was part of the XIII Havana Biennial (Cuba) in 2019. In 2020 she was commissioned to create Art Jameel’s Artist Garden, in Dubai, where she created the project In Transit: Botany of a Journey. Later in 2021 she will be part of the Cuenca Biennale in Ecuador, curated by Blanca de la Torre.