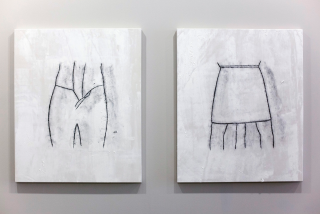 Promociones arteinformado
Descripción de la Exposición
Balcony gallery presents the exhibition “F for…” by Sara & André. The show marks the new representation of the gallery and the return of the duo of artists to the commercial circuit, where they have not exhibited solo since 2016. “F for…” entails an installation of vinyl prints and 90 drawings of variable dimensions, selected from a set of 800 original drawings in graphite, coloured pencils, crayons, ballpoint, felt-tip pen, watercolour, tempera, acrylic and collage. None of the works on show will be available for sale. The title of the show was taken from the 1973 documentary film “F for Fake”, which the director Orson Welles devoted to Elmyr de Hory, a Hungarian painter who became known as one of the greatest art forgers in history. Hory died in 1976 at the age of 70 and throughout his career, he signed as Picasso, Matisse, Renoir, Modigliani, Braque, Degas, among other great masters. ... His work as art forger is widely called upon to reflect on concepts of authorship and authenticity in artistic creation; it has been presented and the central object in exhibitions of institutions such as the Hillstrom Museum of Art in Minnesota, Circle of Fine Arts in Madrid and Museum of Art of Girona. “Appropriate” is probably the most applied verb to describe the practice of the couple and of the duo that became “of artists” in 2004. However, Sara & André not only appropriate works by artists such as Lourdes Castro, Julião Sarmento and Nikias Skapinakis, as they also copy, study, edit, commission and curate works, projects and processes that involve artists and non-artists, curators, other agents and institutions. "We are looking for an art that does not include creative genius, that can be made by anyone", says André, because, as Sara explains, "we do not intend to be stuck with an authorship or a style”. The examination of common perceptions about originality and of processes founded on authorship are central issues for the duo. In their work, they explore with enduring curiosity and by using different media, skills and even temperaments, that which defines the “artist's role”. In 2017, for the Curated Curators cycle (I, II, III), held at the Zaratan space in Lisbon, Sara & André instead of artists invited more than 80 curators to three exhibitions that also instigated the edition of the book A Brief History of Curatorship. In 2020, the exhibitions Mais and Presente, at the Appleton association in Lisbon, marked a mise en abyme meeting between the duo and a painting by Arlindo Silva that portrayed Sara & André looking at another painting by Arlindo Silva that also portrayed Sara & André. More recently, in the context of the COVID-19 pandemic and at the invitation of Contemporânea magazine, the duo launched a survey to which 263 artists responded and which was published online and in a special paper edition. Sara & André were born in 1980 and 1979, in Lisbon, where they live and work. They graduated, respectively, in Stage Design at the School of Theatre and Cinema (Lisbon, 1999-2005), and in Visual Arts at the School of Art and Design (Caldas da Rainha, 1999-2005). Together they studied Painting at the National Society of Fine Arts (Lisbon, 2008-2011). They have been regularly exhibiting their work since 2006, having participated in several solo and group shows, in museums, galleries and independent spaces such as: 3+1 Arte Contemporânea (Lisbon); Appleton Box (Lisbon); Armário (Lisbon); Atelier-Museu Júlio Pomar (Lisbon); CAC Málaga (Málaga, Spain); Centre del Carme (Valencia, Spain); Espacio Trapézio (Madrid, Spain); Fundação Arpad Szenes / Vieira da Silva (Lisbon); Galería Bacelos (Madrid, Spain); Galeria Baginski Projetos (Lisbon); Galeria Municipal do Porto (Porto); Inflight (Hobart, Australia); MAAT / Fundação EDP (Lisbon); MAM (Macau, China); Maus Hábitos (Porto); Museu Coleção Berardo (Lisbon); Museu Nacional de Arte Antiga (Lisbon); MNAC – Museu do Chiado (Lisbon); Museu da Cidade / Pavilhão Branco (Lisbon); Old School (Lisbon); OTR Espacio de Arte (Madrid, Spain); PÊSSEGOpráSEMANA (Porto); Queen’s Nails Projects (San Francisco, USA); Rosalux (Berlin, Germany) e The Mews Project Space (London, UK). In 2017 they curated the exhibition cycle Curated Curators at Zaratan (Lisbon), from which they later edited the book Uma Breve História da Curadoria (Documenta, Lisbon, 2019). In 2019/2020 they were members of the Comissão de Aquisição de Arte Contemporânea of the Ministry of Culture. They are represented in several public and private collections and their work is regularly featured in specialized books and magazines. 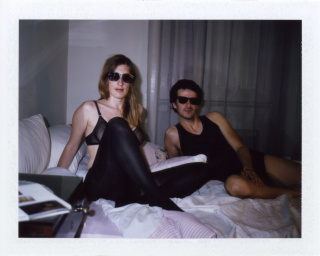