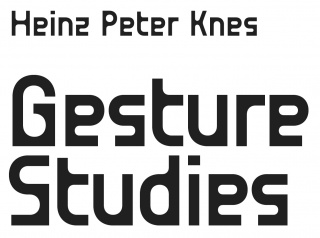 Promociones arteinformado
Descripción de la Exposición
In this exhibition, Heinz Peter Knes lays out a set of gestures, postures, and natural movements. The wall installation consists of about 150 montage sheets, each focusing a particular body part and its movement, collecting and connecting different gestures. Single protagonists and their individual traits make way for a universal vocabulary of stylized embodiment. In contrast to the format of portraiture, which aims to capture a person(ality), here the anonymous encounters set its sight on the photographic process. As the focus moves towards the fragmentary, the one-to-one situation between the photographer and the subject becomes less intimate. The grid-like structure on the wall is partitioned in components that fixate the attention to one physical expression each: bowing back, walking, the knee, expression of hands, resting head… The photographs show gestures that are familiar to both the viewer and the photographed subject, while the focus on the fragment and its repetition ... allows the viewer to compare them with their own habitualised appearance. As with attitudes and modes of behavior or bodily rhetoric in general, specific postures introduce social and cultural codes involving the body and its textures. In the exhibition Gesture Studies, the set of gestures embodies material, which remains latent and breaks out from that living reality, that eliminate codes and style, and thus go beyond representation and the symbolical, while gestural codes are deprived of a shared system of reference. [Melissa Canbaz] Gesture Studies: Heinz Peter Knes in Dialogue Masterclass Monday, 6 September 18:00 Casa das Artes Rua Ruben A, 210. Porto Free admittance How to photograph people today? Artist Heinz Peter Knes met again models and called calls them protagonists. He is photographing them by looking at their gestures. Framing the attention to a physical expression. In the act of gesturing there is potentiality to find. When comparing the repetitive similarities of gestures, it’s the differentiation the artist emphasizes on looking at. This masterclass focuses on Knes’ exhibition Gesture Studies at Sismógrafo. Together with the curator Melissa Canbaz and Pedro Huet, artist and member of Sismógrafo, Heinz Peter Knes, will have a conversation about the processes and contexts of the work exhibited. Heinz Peter Knes, born 1969, studied photography at University of Applied Sciences Dortmund. His work as an artist is located around documentation and photography. He recently exhibited at Künstlerhaus Bremen (2020), Casa Barragán Mexico City (2019), Thomas Erben Gallery New York (2017). Amongst his latest activities is also a publication on the Marx-Engels-monument in Berlin (2018) and a documentation on the workshops of Paris Opera (2019). Melissa Canbaz is a writer and curator based in Berlin. Previously she has worked for Kuenstlerhaus Bremen, and for Haus der Kulturen der Welt. She has initiated exhibitions in Glasgow, Buenos Aires, Bremen and Berlin, among others. She is the co-founder of the project space STATIONS in Berlin-Kreuzberg.