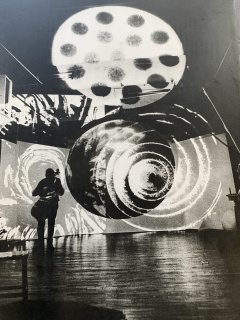 Promociones arteinformado
Descripción de la Exposición
CASANOVA OPENS ARTIST ALDO TAMBELLINI's first ONLINE exhibition. After a solo room at Tate Modern, London, the experimental film and photography artist shows a set of exclusive and unpublished works. Aldo Tambellini is an American-Brazilian-Italian artist internationally recognized by pioneering work that explored the new technologies of the 1960s, combining slides, photographs, films and also painting, audio, kinetic art and performance. Casanova is pleased to present the exhibition "In the beginning all was black" to be held online with inedit works by Aldo Tambellini in Brazil. The exhibition will also show postcards and letters, internationally presenting a little known relationship between Tambellini's work and São Paulo. In recent years, Aldo Tambellini has exhibited his works in important institutions such as Tate Modern (2012 and 2020), MoMA (2013), ZKM (2020), Center Georges Pompidou (2012) and the Venice Biennale (2015). This recent recognition reflects his pioneering works on the New York art scene during ... the 1950s and 1960s, with pieces dedicated to political activism and philosophical concerns about the artistic community. In the exhibition “In the beginning all was black”, produced in partnership with the Tambellini Foundation and curated by Jane de Almeida, the Black Series films (1965-1969) will be exhibited, as well as a set of photographic works and audio-poems, grouped online for an overview of the artist's prolific work. Tambellini intervened in the film’s physicality, in order to discuss the materiality of the medium, scraping the print and using chemistry and paint to repaint the frames. Starting from philosophical questions about black matter, his artistic production finds a strong political activism of the black movement with the voices of demonstrations of the 60s in the United States. His films combine sounds from diverse sources such as African drums and voices commenting on the Bobby Kennedy’s murder, as well as politicians' and black abstract faces, and also television images. The viewer will be surprised by the thematic and visual currentness of his methods in the 1960s, such as racism, protests, split-screens, projections with multiple screens. However, the disturbing compositions of imagery and sound abstractions give his work a power that transposes historical curiosity. Above all, there is an important reference in Tambellini's works: the combination of the concept of black in different nuances - black of racism, black as a principle of atomic physics and black as the beginning of human civilization. The film's negatives and images articulate different forms of obsessive black abstraction, highlighting what Tambellini says about his films as "paintings in movement". In addition to the films, two series of abstract photographs will be shown, called Videograms and Lumagrams, which are prints made directly from the video screen without the use of a camera. The exhibition will also have the privilege of presenting the letters and postcards of the period in which Tambellini lived in São Paulo, with vivid insight into the culture of his Brazilian ancestors. His paternal Italian grandfather, Paul, was a coffee grower in São Paulo, where his father John was born. In 1983, after his presentation at the Bienal de São Paulo, as a representative of the MIT (Massachusetts Institute of Technology), Aldo Tambellini explored the region and wrote letters to his partner at the time, reporting the colors, sounds, sensations he experienced, as well as his artistic encounters with the pioneers of “electronic” art of the time in Brazil. The show will be available online from October 1st until the end of December 2020. During this period, it will be updated with a series of video interviews with curators, and a special live conversation with Aldo Tambellini on October 1st, 2020, at 6 pm EST. Exhibition: “In the beginning all was black“ Location: online.casanovaarte.com From September – December 2020 Artist: Aldo Tambellini Curator: Jane de Almeida Produced by CASANOVA Arte Contemporânea - casanovaarte.com 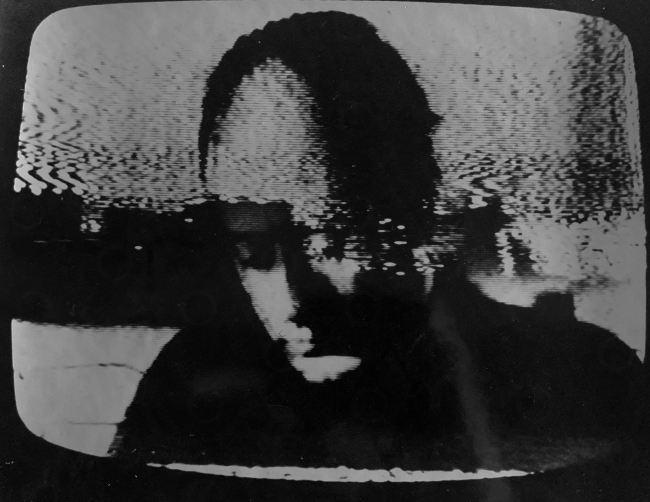