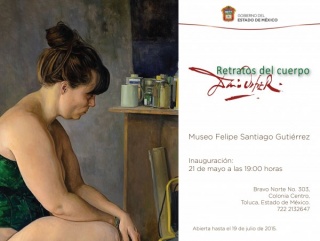 Promociones arteinformado
Descripción de la Exposición
The exhibition features 34 works, several in large format, from private collections in Guadalajara, Mexico City, Medellin, and Bogota. The Museo Felipe Santiago Gutiérrez is a cultural space intended to honor the life and work of its namesake Mexican painter, considered the State of Mexico’s greatest portrait artist and a pillar of Nineteenth Century art in the country. In a lifetime spanning almost eighty years, Gutiérrez devoted more than three decades to traveling in the United States, Europe, Central and South America, and received important distinctions. Colombia was a key station in his career. Artistic and cultural relations between Colombia and Mexico can be traced back to 1872, when Felipe Gutiérrez met, in New York, Colombian writer and diplomat Rafael Pombo, who invited the painter to come to Bogotá and bring “good art” to the city. In 1874, in a poem, Pombo asked Gutiérrez to create a painting, and that was ... the origin of Cazadora de los Andes, the first female nude ever exhibited in Mexico. Gutiérrez created an important artistic school in Colombia, with Epifanio Garay, considered the greatest portrait painter of his time, among its outstanding figures. Since then, there have been many renowned Colombian artists, but two names resonate deeply in the international scene: Fernando Botero and Darío Ortiz. With more than one hundred exhibitions in Italy, Austria, France, China, South Korea, Argentina, and Colombia, among other countries, in the course of a thirty-year career, Darío Ortiz is doubtlessly a major contemporary artist. Born in Ibagué in 1968, Ortiz is regarded as a neo-realist painter, capable not only of expressing through his art the beauty of the human figure, but of imprinting it with an emotional character. Ortiz’s works display great academic mastery of proportions, technique, use of color, and movement. His nude figures are sensuous, approachable, real. In these “Portraits of the body”, most painted in Mexico, we will be able to set aside all idealization and confront the beauty of the everyday. This is why the Museo Felipe S. Gutiérrez is honored to host Darío Ortiz, since, without a doubt, the school that Gutiérrez founded in Colombia was a fertile terrain that today, in the Twenty First century, continues to bear fruit. Lic. Lourdes Malagón Director, Museo Felipe S. Gutiérrez