Up around the bend 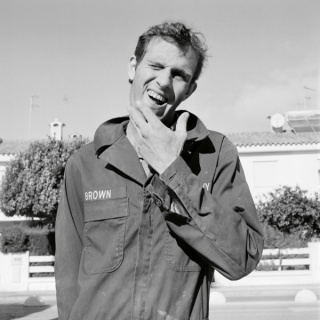 In 1953 The United States and Spain signed an agreement of mutual defense and economic aid and they decided to build an Aero-naval Base in the municipality of Rota in Cádiz. Of the 13800 acres that constitute the town, about 6100 acres belong to the Base, and so the constant presence of a fence is drawn into the landscape of this small community: although it constitutes a physical barrier between the communities, it also lets the culture and traditions of the north Americans seep through its gaps. In the 70s Lagata's family moved to Rota and he was raised between these cultural and social influences. In 2011 the author begins to observe and to look around in an effort to try to make sense out of his life and his roots. He decides to portray the people that are a part of his reality, the places that are a part of his memories and those signals that slowly help him solve the numerous questions he has on identity and memory: this is what gives life to his project.